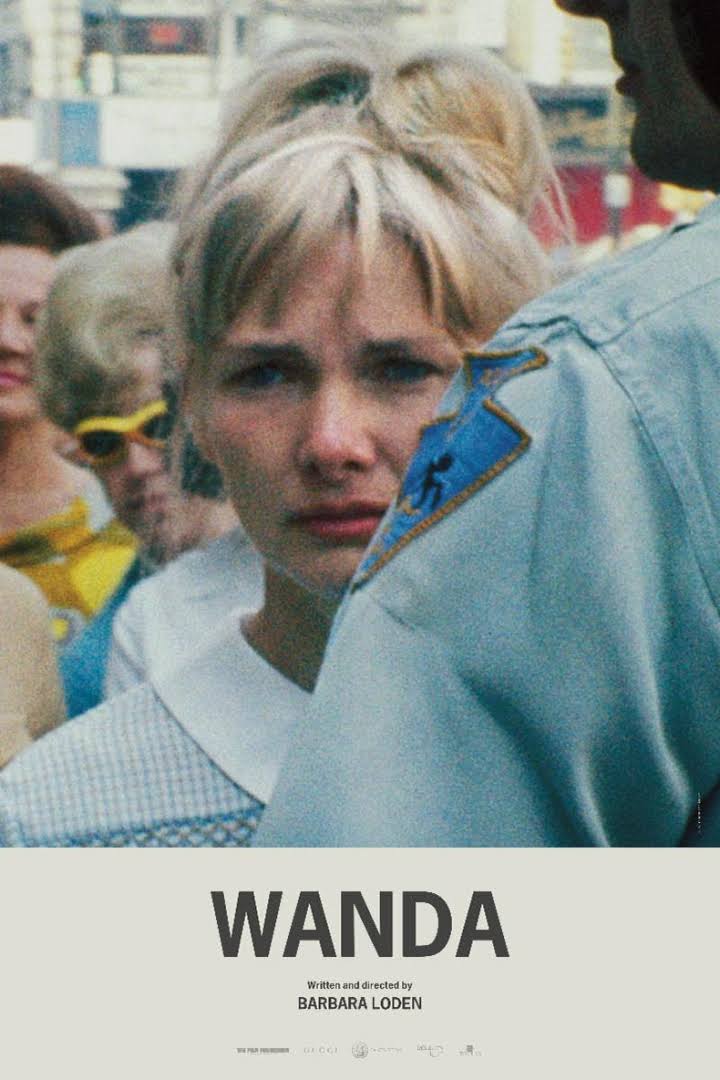 This movie should come with a thousand trigger warnings. It is not for the faint of heart, for the women who have been abused, or those who are prone to flashbacks concerning domestic abuse. Some say that is the beauty of the film, the ability to stir such vivid emotions, but reader, it isn’t worth it. It’s taken days for me to recover from this film and write about it. Watch at your own risk.

None of its beauty redeems the horror of the story, but it’s an important story to tell.  Loren plays Wanda and does a horrifically wonderful job acting. Everything felt so real. She evokes every emotion and makes her character so believable; her character could be Everywoman.

Wanda loses her two children and her husband because she wasn’t really cut out to be a mother. She doesn’t seem to be attached but we don’t hear her story. Was her marriage (and her children) forced upon her? When taken to court the soon-to-be-ex-husband complains “even I had to change their diapers, and feed them, and put them to sleep. The children need a mother!” Motherfucker, those are your children too. It made me realize, I would have hated to live in any time but now. Thank god men are beginning to realize that children don’t solely belong to women; it is not a woman’s job to clean the baby. In a marriage it is “we” an “our” and “us” so why then, when it comes to children it is “you” “her”and  “she” ? She did try to find work, she worked at a sewing factory, but the boss said she was too slow and fired her, refusing to give her more work.

Destitute, she walks into a bar to use the lavatory and splash some water on her face. The man yells at her and I can’t understand why… until I saw that the real bartender is gagged on the floor behind the bar. She walked into the middle of a robbery. The criminal pours her a beer and gives her snacks, he looks out the window, sees too many people walking by, and decides to kidnap her, making it look like a couple was leaving a bar.

He is vile and vulgar. She makes some sweet small talk, clutching the sheets to her chest, she sees he’s wearing a ring and asks about his wife. He barks: “I don’t like nosey people” (EVEN THOUGH LATER HE SNOOPS THROUGH HER WALLET AND ASKS HER ABOUT HER HUSBAND AND KIDS) and she apologizes and says she was just being friendly “I don’t like friendly people,” he says. She tries to brush his hair and he shakes her “DON’T TOUCH MY HEAD.” (He gets migraines but still…) This isn’t good enough. He can’t intimately fill her body with his own and then reject her; all she asks for after, is for a few kind words, and he refuses. Words cost nothing but kindness and still he is too cheap. He truly is a robber.

He uses her only for her needs in every sense. After being so mean, he yells at her to get him food, three burgers with no butter, no onions or “any of that crap” and “make it snappy.” After a little while she dresses and goes, and was stopped along the way by a man (she was asking directions) and when she returns he slaps her hard against her face. “Who were you talking to?” I don’t give a shit if he’s paranoid; I don’t give a shit if he’s worried that he’ll be taken to jail; his actions are not excusable. Even though I can analyze his reasons and intentions, and that he is “human” enough to make mistakes and become irritable under circumstance, I refuse to give him even that. She is in clear pain, clutching her face, pitifully asking, almost whispering in an astonished and girlish voice: “Why did you do that!?” No reason baby, there isn’t a reason good enough. Even after this, with no apology, he yells at her for getting the order wrong. We see her pitifully squatting by the garbage bin, scraping the onions off the bun (till she finds her wallet which he has thrown away after snooping around in it and is further hurt).

I’ve never had before felt the need to be held during a movie. All I wanted was for my friends to hold me and ask them: “Why is he being like this to her?” “Why is he like this?” It hurt me incredibly.

Long story short, he abuses her throughout the entire film. He takes her shopping but throws away everything she loves: the two pairs of pants and lipstick she bought for herself. He says “No slacks. When you’re around me, you wear no slacks. You look cheap. Do you want to look cheap?” He calls her stupid. He forces her to wear heels. He takes away everything and anything that brings her comfort.

Finally, he attempts to rob a bank but first, he stops at the bank president’s home; he makes Wanda tie up the bank president’s wife and daughters. (No surprise, Wanda told him at least twenty times she couldn’t do it but he shakes her and forces her anyway. She vomited three times before she could even step out of the hotel room) He places a dummy bomb on their lap and instructs the president to bank. Wanda gets lost and pulled over by a cop. When she finally makes it to the bank, it’s too late. The robber is shot dead after he opens fire, surrounded by cops. She runs to the scene but she can’t get through.

Wanda’s suffering has not yet reach its climax (unbelievable, I know). She’s on a date or something with some young military boy. He’s ordered at least six beers. Wanda is numb, smoking idly. He’s talking and talking and she’s not saying much, I mean nothing; she’s not saying anything at all; she’s just staring out into the distance dead in the eyes. ISN’T THIS CLEAR ENOUGH THAT SHE’S NOT INTERESTED? Evidently not. The young man drives her out to the middle of nowhere and proceeds to rape her.

Reader, these were the worst 40 seconds I’ve ever heard on film. I  couldn’t bear to watch it. I can’t even give you a faithful review because I couldn’t bear to watch it. I curled up in my chair, crying, stuffing my ears with my fingers, squeezing my eyes shut, and it wouldn’t stop. I kept shaking my head and whispering no, no, no, please stop, no, no, no. Her screams crushed my heart. Her wailing was the epitome of pity, helplessness, and in it, I felt every woman’s pain at any abuse they were ever forced to bear. I’m so sorry.

The ending is a 20 second pause on her face, eyes closed, cigarette hanging out of her mouth, a picture of death unknown. She’s surrounded by some people who may turn out to be her friends; they were really amiable towards her; the woman there invited her out; the woman knew something was wrong. Without her ally, she could’ve really been starving and dead or on the road of god-knows-what. The last image was so desperate: it showed us what her new friends saw: some blanked out blondie, but for us, who has followed her story all along, it is amazing to see. Her face is a face of a million invisible scars.

This movie is not for the weak and it’s only redemption is that it is the kind of movie you hate to watch but respect in the end. It is important to see and important to learn, but you might not be ready. Brace yourself for this one. It is certainly educational and painful; it will take time to digest to appreciate.